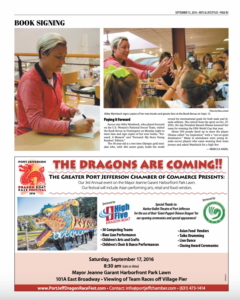 The Arts & Entertainment pull-out section published this piece in print on Sept. 15, 2016. 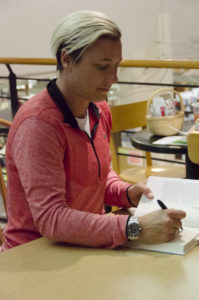 Abby Wambach signs copies of her books at the Book Revue on Monday night. Photo by Rebecca Anzel.

Soccer star Abby Wambach, who played forward on the U.S. Women’s National Soccer Team, visited the Book Revue in Huntington on Monday night to meet fans and sign copies of her new books, “Forward: A Memoir” and “Forward: My Story Young Readers’ Edition.”

The 36-year-old is a two-time Olympic gold medalist who, with 184 career goals, holds the world record for international goals for both male and female athletes. She retired from the sport on Oct. 27, 2015, the day President Barack Obama honored her team for winning the FIFA World Cup that year. About 500 people lined up to meet the player Obama called “an inspiration” with a “not-so-quiet dominance.”

Many in attendance were young female soccer players who came wearing their team jerseys and asked Wambach for a high five. 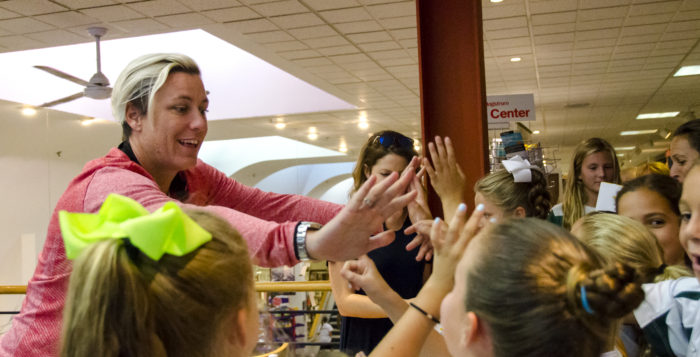