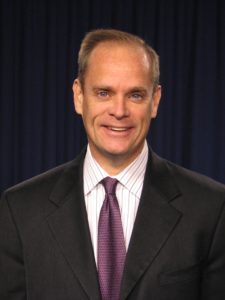 One of the measures, called the Reproductive Health Act, would repeal the Prairie State’s abortion law and replace it with language its Democratic sponsors call more up-to-date. Among other things, it would require private insurance companies to cover abortion procedures, repeal a ban on partial-birth abortions and strike a requirement that only doctors perform the procedure.

The other measure would repeal the Parental Notification of Abortion Act, which requires a minor to consult with her parent or guardian before terminating a pregnancy.

Robert Gilligan, executive director of Catholic Conference of Illinois, said Thursday these measures are evidence the state is “headed on the wrong path.” The group represents Illinois’ six Catholic bishops.

“These bills taken together crowds us out. For people who have moral objections, they basically are saying we don’t have any rights,” Gilligan said. “That’s what’s going on, that people with First Amendment rights are being crowded out of protections under the law.”

By regulating private insurance companies to cover abortion procedures as they do birth control, for example, Gilligan said everyone who participates financially in that insurance plan is paying for such procedures with no ability to opt out.

The measure would also remove a law allowing medical professionals to decline to participate in abortion procedures, which he added raises other moral questions.

“It’s hard to come up with a word that really describes how bad this is,” Gilligan said. “I think it’s an assault on human dignity and it violates our concept of fairness.”

The initiatives mirror those presented in a report published by Gov. J.B. Pritzker’s Equality, Equity, and Opportunities transition team. The governor has vowed to “make Illinois the most progressive state in the nation for access to reproductive health care.”