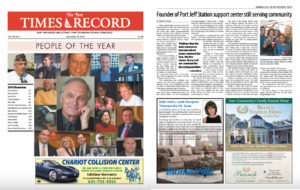 When Celina Wilson moved to Port Jefferson Station in 1985, she noticed her new community was underserved — and that she could help. Some Spanish-speaking female residents had problems accessing health care, specifically mammograms.

A nurse and Spanish-speaker herself, Wilson worked to partner with the American Cancer Association to bring these women informational materials, teach them how to conduct self-examinations and schedule mammograms with a mobile service.

She founded Bridge of Hope Resource Center in 1998 with her husband to continue helping Port Jefferson Station residents get free health care by partnering with other organizations and community leaders. As other issues the community faced came to her attention, Wilson expanded the scope of Bridge of Hope to include them.

The organization gets feedback from residents and takes them straight to public officials. So far, it tackled issues such as safety in schools post-Sandy Hook and drug abuse awareness and prevention.

“I believe that the more awareness you raise about issues communities face, the less chance there is of our communities becoming unstable,” Wilson said. “I really want Port Jefferson Station to stay strong.”

For her work advocating for Port Jefferson Station residents and fighting to combat drug abuse, Times Beacon Record News Media is recognizing Celina Wilson as a Person of the Year.

“Celina Wilson is a resource for Port Jeff Station — she’s been doing this for decades,” Port Jefferson Mayor Margot Garant said in an interview. “She does this because she cares so much about not only her own children, but all our children, and I am just so impressed by her.”

Bridge of Hope uses education as a tool to help show community members why drug use is dangerous. Wilson said she thinks it is important to share information about the “basics” of drug abuse — what changes it makes in a user’s brain, risk factors that might lead to someone turning to drugs and signs someone is using.

She shared that information in an educational forum at Port Jefferson High School in mid-October. Also on the panel was a Stony Brook Children’s Hospital doctor of adolescent medicine and a scientist who focuses on addiction’s effect on the brain. The event marked the first time Bridge of Hope was able to host an educational event in a school.

The goal of the forum, Wilson said, was to educate parents and others in attendance about the “root causes” of drug abuse. She expressed to parents there are signs to look for and risk factors that might lead their children to turn to drugs — such as not understanding the world around them and a lack of confidence and self-esteem — and stressed the importance of keeping an open line of communication with their children.

“It’s important that parents are educated about these things so they don’t feel helpless,” Wilson said. “I found out a week or two later the parents there were receptive to the information we shared at the forum, which was a big accomplishment for us.”

Other educational efforts include publishing an article called “The Amazing Human Brain” on the Bridge of Hope website that focuses on brain function and working to create a traveling museum exhibit to make the community more aware of drug abuse.

Dori Scofield, founder of Dan’s Foundation for Recovery, worked with Wilson on the exhibit, which will launch next year. She said she loves the work Bridge of Hope does making a difference in the community.

“Celina is amazing and I love working with her on community issues,” she said. “She is an inspiration to all of us who work in the field of improving life for all.”

Bridge of Hope also works in Brentwood, Central Islip and Bay Shore, but creating a support system for residents in Port Jefferson Station is not any less important to Wilson now than it was when the organization was founded 18 years ago.

“We really want our community to stay strong and our families to have stability. We don’t want to hear about our youths overdosing,” Wilson said. “We work to make sure that when you look at Port Jefferson Station, people know it’s a community that’s got it together and can weather any problems.”

The organization also offers mentoring opportunities for teens in need of extra guidance. 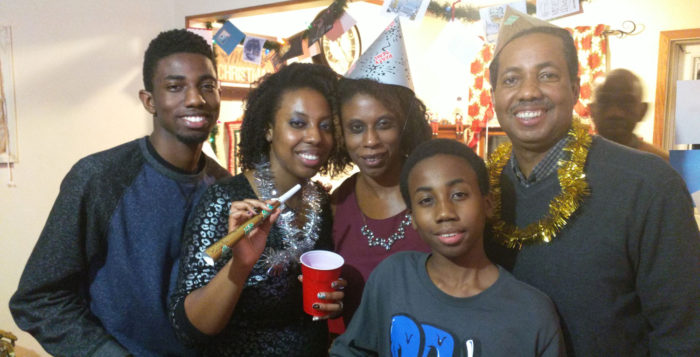 Helping the Port Jefferson Station community has been Celina Wilson’s, center, mission since the 1980s. Photo from Facebook.