Is this the year ‘Tobacco 21’ breaks through to become law? 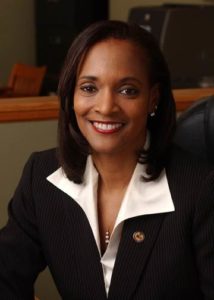 SPRINGFIELD — Lawmakers and advocates have tried to hike the minimum age to purchase tobacco products in Illinois for three years, each time making the push first in the Senate. This session, advocates are trying a different approach.

“What we’re doing this time is running it through the House first, because we have more people to deal with,” House sponsor Camille Lilly, a Democrat from Chicago, said. “In the Senate, there’s only 56 people — there’s 118 in the House. It’s easy to get it through the Senate.”

During the previous session, both chambers approved the initiative but former Republican Gov. Bruce Rauner did not sign it. Only the Senate was able to muster enough votes to overturn his veto — it failed in the House.

Lilly’s version of the measure increasing the age to purchase products containing nicotine to 21 advanced out of committee Tuesday with only one dissenting vote. It won the approval of the chamber’s Health Care Availability & Access Committee by a vote of 5 to 1.

One Republican committee member, Tom Demmer from Dixon, voted in favor. His colleague, Thomas Bennett from Gibson City, voted no.

Lilly said after the hearing she is “excited” to have bipartisan support on her bill.

“More are joining the cause because many of them share with me their family experiences in dealing with cancer, living with cancer, or passed away because of cancer,” she said.

Shana Crews, Illinois government relations director with the American Cancer Society’s Cancer Action Network, said her organization does not “believe in criminalizing kids.” Penalties exist in the law, she added, but they target retailers who sell illegally to minors.

Flowers also asked whether the legislation would “be making criminals out of [minors]” by enticing them to purchase tobacco products in a neighboring state where it would be legal for them to do so.

Crews said local governments near Illinois’ border that approved a “tobacco 21” ordinance, such as Chicago or Lake County, have seen no evidence of this.

Lilly said after committee this initiative is “really moving.”

She said she has not spoken with Democratic Gov. J.B. Pritzker about whether he would sign the measure since he was campaigning. At that time, she said, “he understood the importance of young people not having access to tobacco, which long-term will help them lead healthy lives, so he was on board.”

The legislation is House Bill 345. Lilly successfully added a “housekeeping” amendment in committee, cleaning up reference to language she removed elsewhere.