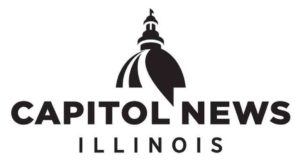 SPRINGFIELD — Illinois officials are six months late publishing an annual document presenting the state’s fiscal health in detail, and they are unsure when it will be released.

The Comprehensive Annual Financial Report is used by ratings agencies to set the credit rating for the state — which in turn affects the interest rates Illinois receives for bonded projects, such as infrastructure improvements.

“As a result of a couple of years of non-governance or weakness in controls in certain areas, like no budget, that has made this year more complex,” Mautino said. “Therefore, we’re working with the last two agencies on major programs to get those in a form that we can present it that would be acceptable to the financial markets and those who are the readers of the CAFR.”

Mautino said he could not disclose some of the specifics about what is causing the delayed release of the report because the information contained in outstanding audits is confidential until published. He said a full explanation will become apparent when the document is published.

He did say the process is partly slowed because state agencies do not operate on a uniform financial system.

The office of the auditor general is responsible for overseeing the inspection of each agency’s books and passing that information to the comptroller’s office to compile. But Illinois, which is the last state in the country to complete its CAFR, has “basically 268 separate systems, half of which do not talk to each other,” Mautino said.

Employees of his office, therefore, need to convert the data before sending it to Mendoza’s office.

According to a news release, Mendoza’s office “stands ready, as it has been since December, to publish the CAFR as soon as the remaining audits are completed.”

The state’s fiscal year ends June 30. The document was released in June or later in six of the past 12 years, according to the comptroller’s office, even though Mautino said the report’s ideal deadline is Dec. 31 each year.

A spokesperson from Moody’s Investors Service, one of the nation’s leading credit rating agencies, said Illinois being late in publishing the CAFR is “certainly not positive.”

The report gives the agency’s analysts detailed information that helps determine what the state’s credit rating should be. Currently, Moody’s rates Illinois at the lowest investment-grade rating available.

“I’m not surprised that this is late,” Rep. Steven Reick, a Republican from Woodstock, said. “It sounds to me that the cumbersome nature of state agencies renders them absolutely ineffective in terms of timely reporting of financial results of those agency operations, and I think that is a tremendous disservice not only to the taxpayers of Illinois but to the people those agencies are supposed to serve.”

The four legislative leaders and budget officials from the governor’s office are each hand-delivered a copy of the CAFR the morning it is published, the auditor general added, because it is the most detailed accounting of the state’s finances.

It has no bearing on balancing the budget, because a budget is a spending plan based on projected revenues.

Suggestions from the office of the auditor general for how to avoid delays in publishing the document in the future can be found in the audit reports its office releases regularly, Mautino said.

“Each of our audits contain findings and that’s our entire existence, is based on fixing things going forward — identifying problems and suggesting how to fix them,” he said. “Those are suggestions to the legislators for changes.”