More than a third of family planning funds go to administration

State’s paying $3.75M after rejecting feds’ money, but only $2.4M is going to clinics 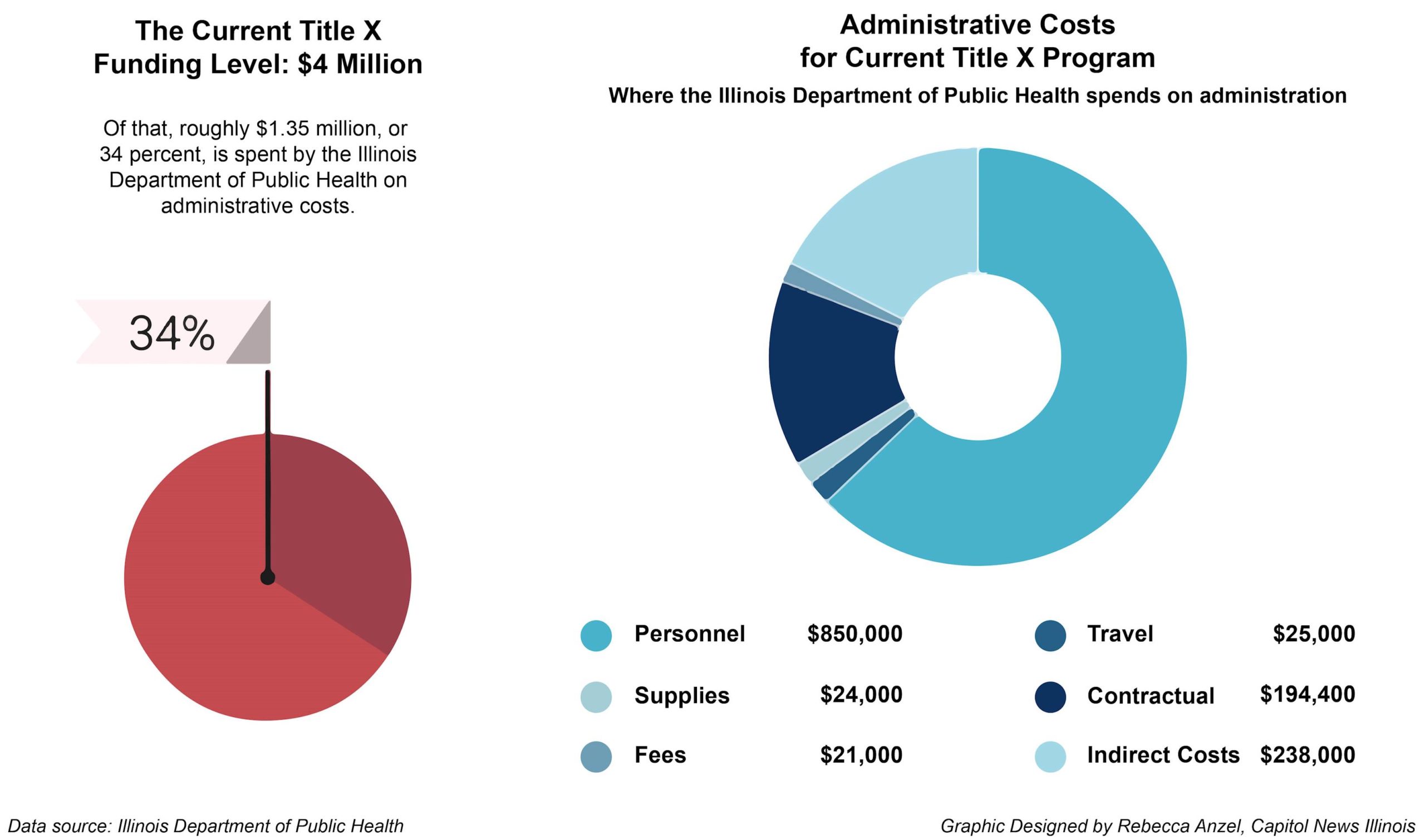 SPRINGFIELD — Gov. J.B. Pritzker announced his administration has turned down millions in federal family planning dollars it usually receives due to new rules that he said are keeping funds “hostage” from impoverished women. Instead, Illinois will provide that money to the clinics it oversees, though not all of it will be going to those groups.

The U.S. Department of Health and Human Services supervises the Title X program, which provides preventative reproductive health care — including wellness exams, testing for sexually transmitted diseases and birth control — to those who could not otherwise afford the treatment.

It slated the Illinois Department of Public Health to collect a $4 million family planning grant. The state received $250,000 already, because the federal government and Illinois are on different fiscal calendars, Melaney Arnold, a department spokesperson, said in an email.

The state will offset the loss of the remaining $3.75 million in federal funding with money from the Public Health Department’s fiscal year 2020 appropriation, a deputy press secretary for the governor’s office said in an email.

Most of that, $2.4 million, will be used to support the 28 grantees the department directly oversees. Those delegate agencies comprise of 72 clinics, according to state data.

That money goes to local health departments, health centers and hospitals, according to a government document.

“The Illinois Department of Public Health’s mission is to ensure the health and wellness of people across the state,” Cris Martinez, a public information officer with the department, said. “We are committed to protecting the rights of women as they seek out quality reproductive health care. IDPH will continue funding its 28 grantees, ensuring providers can continue to provide services.”

The remaining $1.35 million is allocated for the administration of the Title X grant. Those expenses were previously estimated and outlined in the state’s application for federal funding.

About 63 percent, or $850,000, will go toward paying the state’s six Title X staffers: Lisa Upshaw-Smith, the program administrator; one health educator; three nurses; and one office support staffer.

Another $21,000 is earmarked for conference registration and membership fees, as well as “telecommunications,” she said.

To pay for supplies, the department set aside $24,000. That money will be spent on male and female condoms; brochures, posters and checklists for patients to use with their doctor; other health education information; and “office support materials such as computers and laptops,” Arnold said.

Data and billing systems and training for personnel — professional staff education, grant compliance instruction for grantees and other coaching — will cost about $194,400, she added.

And $238,000 is reserved for indirect costs, which are “a percentage established with the federal government to offset general administration/operation costs” such as building rent, phones and utilities, Arnold said.

It is unclear how this allocation of resources compares with other states’ health departments or organizations that receive federal Title X grant funding.

The Illinois Department of Public Health’s family planning program is overseen by the Office of Women’s Health and Family Services, which is managed by Deputy Director Shannon Lightner.

Pritzker directed the Department of Public Health to forgo the federal money after a court allowed revised regulations governing the program to take effect.

“While I’m committed to bringing as many federal dollars to the state as possible, I refuse to sacrifice our values and allow vital care to lapse,” the governor said in a statement Thursday.

The U.S. Department of Health and Human Services proposed the new rules. In part, they prevent medical personnel at clinics that accept grant money to “perform, promote, or support” abortion and require there be a “physical and financial separation” between clinics that provide the procedure.

In a statement, the department said it is “committed to working with grantees to help them comply with the requirements of the new final rule.”

Proponents of the changes say they guarantee abortion is not funded with money collected from taxpayers. Opponents caution patients’ medical care could suffer.

Illinois Republican Party spokesperson Joe Hackler criticized the governor’s decision to decline the federal grant, calling the move “wildly out of step with the public’s views.”

“In a state struggling financially, Governor Pritzker would rather turn away federal money funding life-saving, non-abortion-related medical care for women and girls because of his unrivaled zeal for forced taxpayer funding of abortions,” he said in a statement.