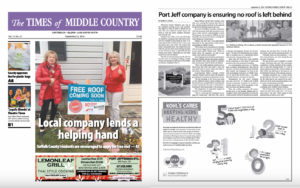 Whenever Denise Pianforte saw one of her neighbors getting a new roof installed, she hoped to soon be able to afford one as well. The Port Jefferson Station home she lived in with her sister, Heather Richards, was 60 years old.

Pianforte saw a flier on her church’s bulletin board for a program that advertised a free roof for a Suffolk County family in need. “I always pray to God to help me find a way to get the money [for a new roof],” she wrote in the online nomination form. She added that even with her and her sister each working two jobs at over 50 hours a week, it looked like the day would never come. “Seems like my only hope would be to win the lottery.”

She did not win the lottery, but she did win the new roof. A-1 Roofing & Siding, a family owned and operated contractor in Port Jefferson Station, installed it Feb. 6. 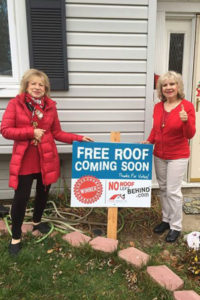 Maria Malizia and her three brothers, who took over running the business after their father retired, became involved in the national No Roof Left Behind program last year.

No Roof Left Behind provides contractors with the necessary tools and resources to construct a free roof for a local family in need. The program was founded in 2009 by Jay and Dena Elie, the owners of a Detroit roofing firm called Ridgecon Construction.

Malizia said that they were immediately interested in the opportunity to help deserving families in Suffolk County.

“We’ve been in the community for decades and were just happy that we were finally able to give back a little,” Malizia said. “When we heard about the program, we said to ourselves, how could we not do this.”

After helping Denise Pianforte and Heather Richards, Malizia said the immediate gratification let them know they needed to continue their involvement with No Roof Left Behind.

“They were really grateful, excited and relieved that they were safe under a new roof and didn’t have to worry about any leaks in the future,” Maria Malizia said.

“We are fortunate to live in an area such as Port Jefferson Station where residents and local businesses strongly believe in giving back to their community,” Cartright said. “I am sure the program will have a tremendously positive impact on the lives of the 2017 winners and I commend A1 Roofing for their sponsorship of the program.” 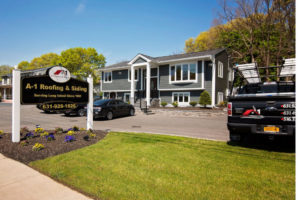 The importance of community support is not lost on the organization.

“This is a nice way for contractors to engage the community and let them know they’re one of the good guys,” said Dena Elie, who is a member development director for the program. “No Roof Left Behind helps the community to recognize you as a shareholder there, and someone who genuinely cares and wants to support you locally.”

More than 247 roofs have been installed by 60 contractors in more than 27 states and provinces since the program’s founding.

As a participating contractor, A-1 Roofing pays an annual subscription fee to join No Roof Left Behind. That gives it access to the outreach and promotional materials Elie created, and designates the firm as the sole participating contractor in Suffolk County. It is one of two in New York — the other, Marshall Exteriors, is located in Newark.

Nominations for this year’s recipient, are open until Oct. 31 for a local family deserving of a new roof. Malizia said community members are invited to submit photos and a brief paragraph to the local No Roof Left Behind website.

Then, the roofing contractor will narrow the list down to four finalists. Malizia said A-1 considers whose roof is least able to survive the winter months. When the finalists are revealed, residents can vote from Nov. 14 to Dec. 16 for the winner, who will be announced on Dec. 23. 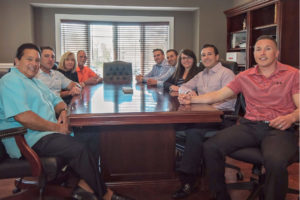 Currently, there are four nominees — two from Sound Beach, one from Amityville and the other Nesconset.

The day the new roof is installed is usually a huge celebration, Elie said. She encourages contractors to bring members of the community to meet the winning family. A-1 has not yet set a date for the installation, but it will be using materials donated by General Aniline & Film (GAF) and delivered to the home by Allied Building Products, both national No Roof Left Behind sponsors.

“Roofing contractors are a group of big-hearted fellows,” Elie said. “They grow to care for the folks they’ve put roofs on for, and I think one of the most rewarding things to see is a sense of community develop.”

“We all know how difficult it is to survive when you don’t have a safe roof — it’s a constant worry,” she said. “We’re going to keep participating as long as we’re able.” 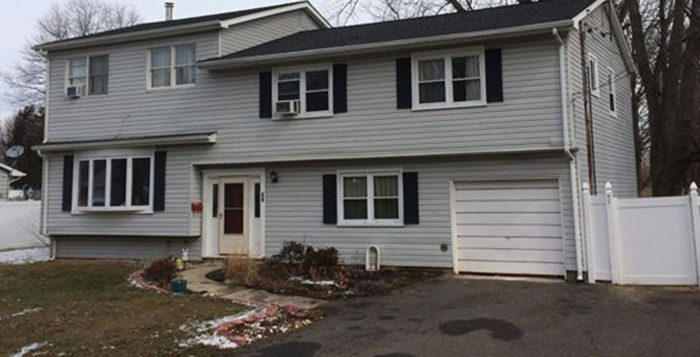