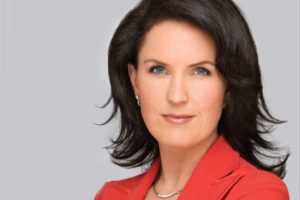 In April 2014, Wendy Murphy came to Stony Brook University to speak at a Title IX panel. An adjunct professor of sexual violence law at New England School of Law, Murphy spoke candidly to students about the law, problems universities have complying with it and her opinions regarding Stony Brook. Giselle Barkley, Hanaa’ Tameez and Rebecca Anzel contacted her six months later by email about the same topic, asking her to expand upon ideas and points she made at the panel. The result is a Q&A interview, below, in which Murphy gives frank answers to questions being explored nationally.  Her answers are unedited.

Q: What qualities should a university look for in a Title IX director?

A: Anyone who believes that the most important issues/factors are equality and autonomy.

Autonomy means women have 100% authority over their bodies.  This is diminished by ANY policy that lets an offender claim he made a “mistake” about the victim’s consent.  There’s no room for “mistakes” in true autonomy. (which doesn’t mean there ARE no sincere mistakes – it only means we shouldn’t be building baseline policies ABOUT mistakes.  We can have exceptions but the rule MUST honor autonomy first!  No school does this well.

The best approach is a singular unified policy that covers all forms of harassment and violence under the same protocol. The best way to ensure uniformity in application is to have the Title IX coordinator be the SAME person as the Title VI coordinator. Among other things, this makes clear that violence against women is not an individual problem but a collective one. This is the beauty of civil rights laws. They necessarily make the nature of targeted harm a community problem so that we all feel equally invested in equitable and effective redress and prevention.

Most schools segregate out violence against women for worse treatment (this was illegal before SaVE but was made lawful by SaVE — with the caveat that my lawsuit against the DOE/DHHS that implicates UVA and Harvard argues that SaVE is unconstitutional because Congress has no authority to regulate violence against women and even if it did, it violates women’s equal protection and due process rights to subject VAW to less protective standards compared to all other forms of civil rights violence.)

Q: What do you think are the main problems at institutions?

A. Key problems with most schools include:

2) Allowing for ANY violence against women to be addressed under standards OTHER than Title IX. SaVE allows schools to label violence as generic student misconduct rather than a Title IX issue. This means if a school violates a victim’s rights, she has no recourse because OCR doesn’t have any jurisdiction over generic sexual misconduct matters. They only provide oversight and accountability for Title IX violations.

4) All schools should have aggressive rape-drug testing policies and should encourage victims to get their hair tested for the presence of drugs. Drugs dissipate quickly in blood but never leave hair.

This is not a training problem. Schools don’t need training and “advisors” they need transparency, accountability and effective oversight by state and federal agencies and state and federal courts. Schools regularly deal quickly and effectively with students who use drugs.  Obviously, they can be even faster and more effective with students who harm women. These cases are not difficult or complicated. They’re really very simple.

A: There are a lot of misconceptions about whether sexual assault is a “civil rights” violation (it is) and whether it’s such a “big deal.” (it is)

Title IX was propagandized for years as a sports equity rule.  (imagine how offensive it would have been to tell victims of racist or ethnic violence that THEIR civil rights would be protected by giving them their own “Jewish basketball team.” I was outraged by the way women were segregated out for LESS civil rights in education compared to all other classes of people.

As an activist academic, I spent a lot of time looking for a good test case in the late 1990s to provoke public understanding of Title IX as, first and foremost, a civil rights law that protects women against sex discrimination; the most severe expression of which is violence.  Sports are important, but they’re not more important than safety and equality in access to academics and education.  Put another way, raped women don’t need more basketballs.

I found my first test case in 2002 when I was at Harvard as a Visiting Scholar.  I told them they were violating women’s rights under Title IX with their sexual assault policy because they had recently adopted a “corroboration rule” requiring ONLY victims of sexual assault to have EXTRA proof – or their reports would go unredressed.  It was absurd.  I filed a complaint and it was unprecedented – both because of the nature of the claim AND because I had no client.  No student was willing to personally take on Harvard and risk career retaliation, etc., so I filed on behalf of women as a class.  OCR accepted my complaint – opened an investigation and forced Harvard to change it’s policy.

That case opened a lot of doors for students around the country because they could now file complaints without requiring students to bear the burden.  they could call on outsiders to file complaints – so they all started looking at their polices – and this led to increased awareness and consciousness about Title IX as an anti-discrimination/anti-violence law.  It was great –

After a few years, harvard law school hired me to consult on a Title IX case and I told them they were, again, in violation of Title IX.

They refused to change their policy so I filed another complaint.  That was in the fall of 2010.  I filed a case against princeton at the same time. Those were the cases that started it all – and led to the past several years of public attention.  The princeton case was decided last week. OCR agreed with me and slammed Princeton for the first time ever.  The harvard case is still pending but they have done a lot to change their policy in the interim because of my complaint and the lawsuit i filed to STOP the save act from being enforced on the grounds that it violates women’s equal protection and due process rights. That lawsuit is also still pending (and involves harvard as well as UVA.)

Q: What is a standard procedure higher education institutions use when dealing with Title IX complaints?

A: I don’t know of any school that complies fully with Title IX. Any school that does not apply the “unwelcome and offensive” rule is causing serious harm to individual women and women as a class.

Q: In its Clery Report, Stony Brook disclosed a growing number of sexual assaults on campus. Why do you think that is? Is the number of incidents increasing or do you think people are more willing to make an official complaint?

A: Sexual assault is SO pervasive – any school that claims not to have high numbers is lying.

Telling the truth about high numbers makes a school safer, in my opinion, because it means they’re less likely to hide the truth, which is always a safer policy.  Schools with low numbers are dangerous because it means they are either discouraging victims from reporting and/or handling the cases under the radar.  Both approaches put women at greater risk and send the message that violence against women is acceptable because the school will not take effective steps against offenders and or openly address and shame the behavior, etc.

Q: Are there any educational programs in place that you think do a good job educating people about Title IX? If so, what are they and what do you think they do well? If not, what sort of programs do you think should be founded and by whom?

A: Schools don’t need “training programs” about consent, and silly experts who “teach” officials how to apply boondoggle policies.  They need simple, short and easy to use and understand policies that make it VERY clear that sexist violence is the SAME type of harm as racist violence, and ethnic violence, etc. THIS message, alone, will change things overnight – and the training necessary to make this point clear should be a program where ALL protected class issues are addressed at the same time. Showing how and why violence against women is the same as racist violence, etc., is important if we’re trying to change behavior.  Teaching students how to negotiate sex and why alcohol blurs the line, etc., is silliness.  I teach students things like “my right to swing my fist ends before it hits you in the nose—and the same goes for penises and vaginas.”  It’s not that drunk sex is always rape, it’s that the harm-doer bears the risk that it MIGHT be.