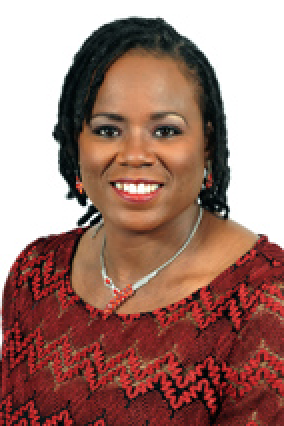 SPRINGFIELD — Attention at the Statehouse is expected to begin focusing on one of Democratic Gov. J.B. Pritzker’s top priorities — legalizing recreational marijuana — with the deadline for lawmakers to introduce new bills on Friday.

Meanwhile, though, Rep. Carol Ammons, a Democrat from Urbana, has already introduced a bill that is drawing attention. It would open the door to a much more expansive legal pot industry than most others have envisioned.

Ammons’ bill, the “Cannabis Legalization Equity Act,” would allow anyone 21 or older with valid identification to purchase or sell marijuana. Driving under the influence of the drug would still be illegal, and the legislation makes specific mention that only “legitimate, taxpaying business people” would be permitted to sell cannabis.

Illinoisans, under the measure, could possess as many as 224 grams, or roughly half a pound, of marijuana at a time. It would also allow individuals to grow as many as 24 plants in their own homes for personal consumption, and it would provide for the licensing of cultivation facilities and retail dispensaries.

Ammons did not respond to requests for comment Monday. Her measure includes language, though, indicating its purpose would be to allow “law enforcement to focus on violent and property crimes, generating revenue for education and other public purposes, and individual freedom.”

“We like it. We think that that’s more in line with how we treat alcohol,” said Dan Linn, who lobbies for the Illinois chapter of NORML – the National Organization for the Reform of Marijuana Laws. “We also think it would be good for consumers to be able to cultivate their own cannabis, as well as to have a cap on the licensing fees for the new businesses that would be created by that legislation.”

Ammons’ proposal, which has not yet been assigned to a committee, includes a civil penalty, not a criminal one, of $200 to $400 for minors who attempt to buy marijuana illegally.

Also in the bill is a requirement that at least 51 percent of the licenses for cultivating facilities and retail cannabis stores be issued, “in communities disproportionately harmed by the war on drugs,” which the bill defines as census tracts in which more than half the population is African-American, Native American, Hispanic or Latino.

The bill also would authorize medical researchers to use cannabis in studies, as long as the participants are at least 21 years old.

Revenue for the state would be generated by a 10 percent excise tax on the sale or transfer of marijuana from a cultivating facility to a retail store. Half of that money would be paid into the state’s main checking account, while 30 percent would go to the Common School Fund.

Smaller percentages of the revenue would be distributed to various state retirement systems; the Department of Human Services to fund treatment programs for tobacco, alcohol and cannabis abuse; and to the Department of State police for hiring and training drug recognition efforts.

There is no official estimate of how much revenue the bill would generate.

Linn said NORML will have a lobbying day at the Statehouse on Wednesday, Feb. 20, the same day Pritzker is scheduled to give his budget address to the Legislature. And with Pritzker’s backing of legalization, Linn said he thinks there is a good chance something will pass this year.

“I think there’s a strong push to make it happen as quickly as possible so that we can create these jobs and bring in this needed revenue,” he said.

Still, any effort toward legalization is certain to meet resistance. The Illinois Catholic Conference recently announced its opposition to legalization. Law enforcement groups including the Chicago Crime Commission and the Illinois Association of Chiefs of Police have also said they will oppose such a measure, as has the Drug Free America Foundation.

The legislation is House Bill 902.