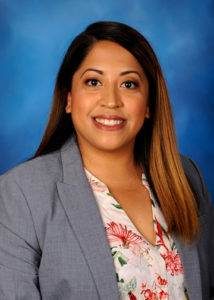 SPRINGFIELD — Legislation that punishes employers in Illinois who short their workers’ pay left Republican representatives with open-ended questions about the bill’s impact on state businesses.

Proposed by Chicago Democratic Rep. Celina Villanueva, the House-approved measure enhances current penalties against companies convicted of wage theft — each day an employee’s paycheck is withheld would now be a separate felony offense instead of a misdemeanor.

Businesses would also be barred from working with the state of Illinois for five years.

“This proposal will help working families by ensuring that any business that is willfully withholding wages is held accountable,” Villanueva said.

But during floor debate, Republican representatives questioned whether Villanueva’s characterization of the bill accurately portrayed the practical effects it would have if passed into law.

Jacksonville Republican Rep. C.D. Davidsmeyer asked her to explain how many times an employer would need to be convicted before the enhanced penalties would go into effect.

This is the bill’s “weakness,” said Steve Schwinn, a professor at The John Marshall Law School. Nothing in the language of the measure defines how “repeatedly” works, or at what point it is triggered. It mentions only that employers incur a felony charge for each day wages are withheld.

“It starts to rack up pretty quickly,” he said. “If I were opposed to the bill, that’s what I would hang my hat on.”

In response to Davidsmeyer’s question, Villanueva said it was “discretionary.”

Villanueva said an advocacy group approached her with a concern federal dollars could be interrupted if those programs were incorporated into the bill.

Republican Rep. Deanne Mazzochi, from Elmhurst, asked if there was a similar concern with construction contracts.

“For the rest of the wage payment violations that are listed here, if any of these types of contracts could involve the use of federal dollars such as in road or transportation or bridges, is that also going to place us at risk for losing federal dollars?” she asked.

The sponsor said no one brought that concern to her attention, and that she would not hold the measure until she had an answer.

Villanueva said her staff is still working to get Mazzochi an answer to that question.

The floor debate over House Bill 1653, which passed the chamber by a party-line vote of 69-43 earlier this month, put on display what it means for a party to be in a superminority, conservative lawmakers said. 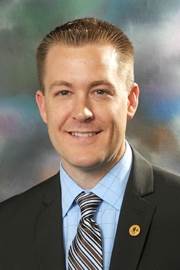 Davidsmeyer is an assistant Republican leader, and has been in the House since 2012.

“It used to be that if somebody didn’t want to answer a question, they talked around it — they didn’t not answer,” Davidsmeyer said. “We’re getting to a point, for the majority — and there’s a lot of new people as well — that it seems to be about winning.”

Mazzochi has been serving in the General Assembly only since July, but she said there is “a general perception” that Democrats know they do not need any conservative votes to successfully pass bills.

“The problem is legislation with really bad unintended consequences is going to result,” she said. “It’s disheartening when you really do try to contribute to debate, to make things better, and the answer is, ‘We don’t care what your concerns are.’”

Villanueva said she is “a little bit offended” by this characterization. Her conservative colleagues had time during session before this measure came up for a vote to speak with her about any concerns they may have had, she said.

She added she answered each question asked of her — the other legislators “just didn’t like the answers.”

“I want to work with the Republicans. But I’m not going to be pushed around, especially when I know it’s a good bill and it deserves its just due,” Villanueva said. “It’s just one of those things where I’m more than willing to have conversations, but they’ve got to be willing to move, too.”

The bill is in the Senate, and has been taken up by Democratic Sen. Iris Martinez, from Chicago.

Villanueva said she plans to speak with Martinez about possible changes to clean up the measure’s language.

“It’s kind of unfortunate because when we have these types of last-minute discussions, we really have to depend on the Senate doing its job to fix every piece of legislation,” Mazzochi said. “I’m not convinced they’ll have the time and resources to accomplish that.”